The scientists in Sichuan University in southwestern China have developed a fish-shaped light-actuated swimming robot that can “eat” microplastics in water and repair itself if damaged, reported Xinhua on July 19. 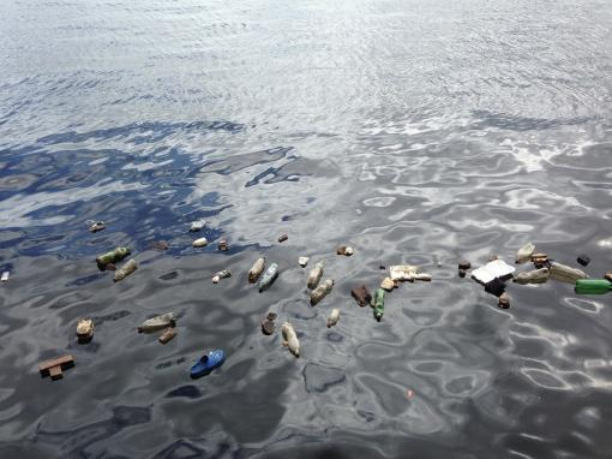 Microplastics, pieces of plastic smaller than 5 centimeters, are large in quantity and widely distributed in the oceans. They are easily eaten by marine organisms and transmitted through the food chain, presenting a serious threat to human and ecosystem health.

Inspired by nacre, a strong, durable and flexible material obtained from hard clam shells, the scientists modeled nacre's graphene-based gradient nanostructure to create a durable, flexible and self-repairing nanocomposite, according to a study published in the journal Nano Letters.

The research team then used the new material to develop a 15-millimeter fish-like soft robot, enabling it to swim rapidly and absorb microplastics in the oceans, which breaks the mutual exclusion of soft robot function execution and fast drive, said the Xinhua report.

“Soft robots need to have high adaptability and environmental tolerance when working in complex water environments,” said Wang Yuyan, the first author of the research paper, adding that the new material used in their  robot has many supramolecular interactions between layers, allowing the robot to recover its robustness and functionality even when damaged and continue its microplastic harvesting operations.

Also, the robotic fish can swim at a speed of its 2.67 body lengths per second.

The researchers are currently working on a new material that could detect microplastic contaminants underwater and share live data online, the paper said.

The Xinhua report said that the new nanostructural design is expected to offer an effective extended path to other integrated robots and to be applied in many fields such as solar power generation, chemical reaction catalysis, biomedicine, and aerospace.