Sales of Seres (赛力斯), the electric vehicle brand produced by Sokon Group in partnership with  Chinese tech giant Huawei, soared 1211.13% in the January to April period from a year earlier. Sales of Seres in April jumped to 3,439, up 1248.63% year on year and 8.8% up on March, according to a report by Yichai Global.

Sokon Group (重庆小康工业集团) is a NEV manufacturer based in Chongqing in western China. It sold 22,752 new energy vehicles in the first four months of this year, according to data it released on May 5. 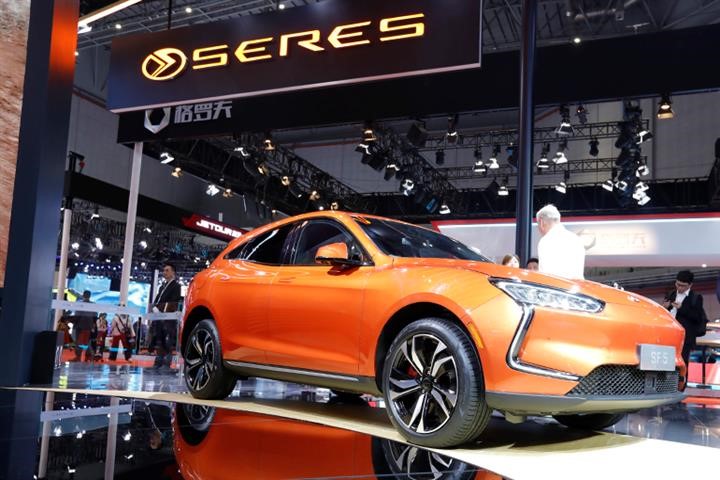 Huawei is a close partner in the Seres making, providing technology and services related to autonomous driving and the Internet of Vehicles. Sokon handles the production. The project marked the first attempt by Shenzhen-based Huawei to expand its business into intelligent vehicles, Yicai Global reported.

Soken has so far released two models, but sales of the first, the SF5, were poor. Huawei stepped up its input into the second model, the AITO M5 which was unveiled last December. The car has seen much stronger sales since deliveries in early March.

The AITO M5 is equipped with an intelligent cockpit using Huawei’s IoT operating system Harmony OS, and a variety of other Huawei solutions.

Huawei’s involvement in the AITO M5 was deeper than with the first Seres model SF5 in terms of both design and sales channels, according to Sun Shaojun, founder of the Car Fans sales service platform.

Data from Sokon Group showed that Seres sales reached 3,160 units in March, of which 3,045 were of the AITO M5.

Though sales have surged, there is still a long way off the annual target of 300,000 set by Yu Chengdong, chief executive of Huawei’s Consumer BG and Intelligent Automotive Solutions BU, who admitted last month that the goal was probably impossible because of the worldwide shortage of vehicle chips. Said the Yicai Global report.

“We can’t accept such high speculative prices and would rather sell fewer cars,” he said.